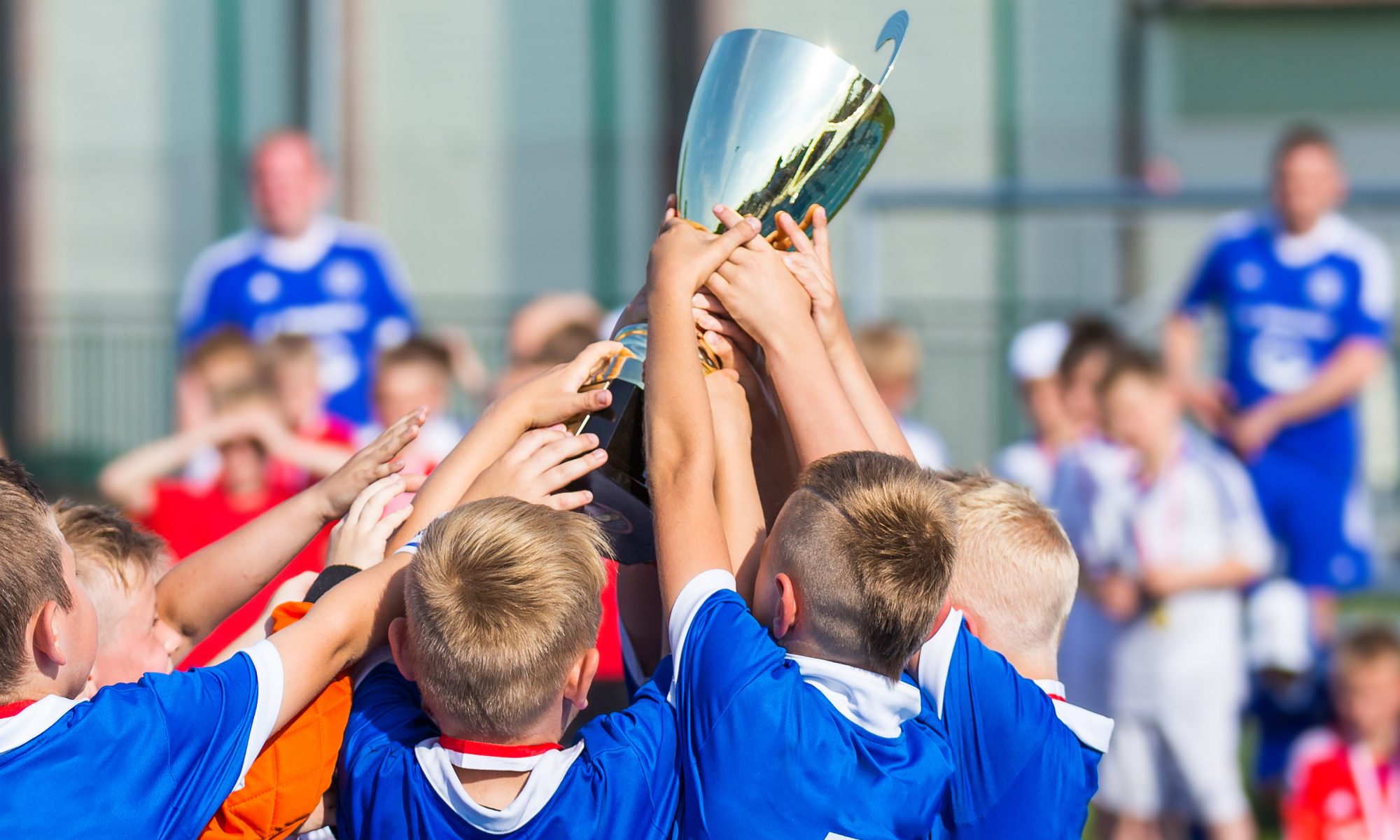 Nothing brings a smile to a child’s face like a trophy!

A trophy is a tangible, durable reminder of a specific achievement, and serves as recognition or evidence of merit. Trophies are often awarded for sporting events, from youth sports to professional level athletics. In many sports medals (or, in North America, rings) are often given out either as the trophy or along with more traditional trophies.

Originally the word trophy, derived from the Greek tropaion, referred to arms, standards, other property captured in battle. Trophies have marked victories since ancient times. The word trophy coined in English in 1550, was derived from the French trophée in 1513, “a prize of war”, from Old French trophee, from Latin trophaeum, monument to victory, variant of tropaeum.

In ancient Greece, trophies were made on the battlefields of victorious battles, from captured arms and standards, and were hung upon a tree or a large stake made to resemble a warrior. Often, these ancient trophies were inscribed with a story of the battle and were dedicated to various gods. Trophies made about naval victories sometimes consisted of entire ships (or what remained of them) laid out on the beach. To destroy a trophy was considered a sacrilege.

The ancient Romans kept their trophies closer to home. The Romans built magnificent trophies in Rome, including columns and arches atop a foundation. Most of the stone trophies that once adorned huge stone memorials in Rome have been long since stolen.